Paradigm Shift began on the web back in the dark ages of 1999—before the term “webcomics” was even coined. The first book—Part One: Equilibrium—initially ran on the author’s original website, dynamanga.net.

Part Two: Agitation debuted on the world’s first subscription-based webcomics portal ModernTales.com in 2002. The series was subsequently published in three books, the third of which, Part Three: Emergence, was printed after a successful pre-order campaign in 2009. 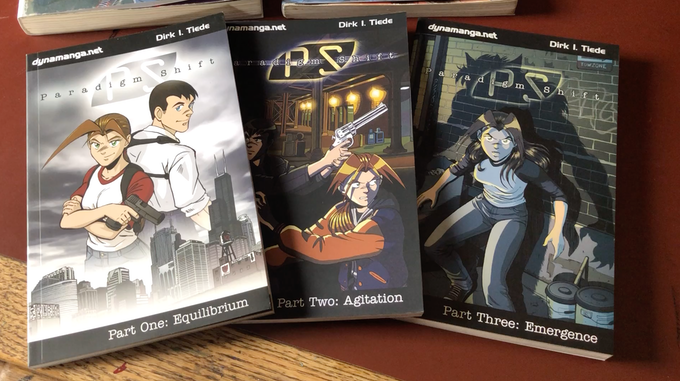 Part Four: Flight launched here on this site in 2010, and wrapped up in 2018 after being released as limited-run five issue mini series. 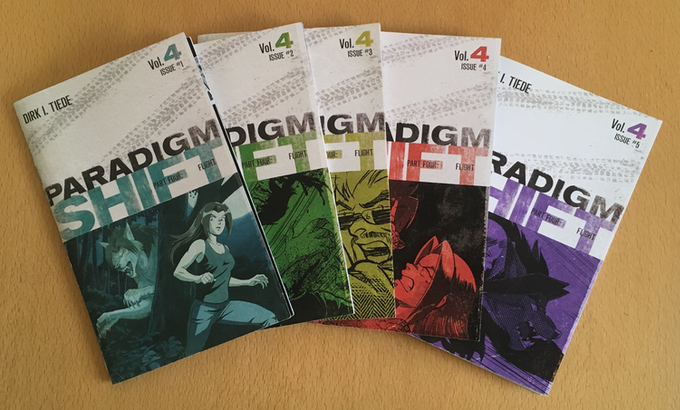 In 2020 the 20th Anniversary Collection debuted after a wildly successful Kickstarter. The original three books and the new fourth book collected into a new deluxe two-volume collection. The campaign also funded a bonus art book—The Art of Paradigm Shift—featuring color covers, posters, character sketches, werewolf designs, and an extensive technique section thanks to the outpouring of support from readers. 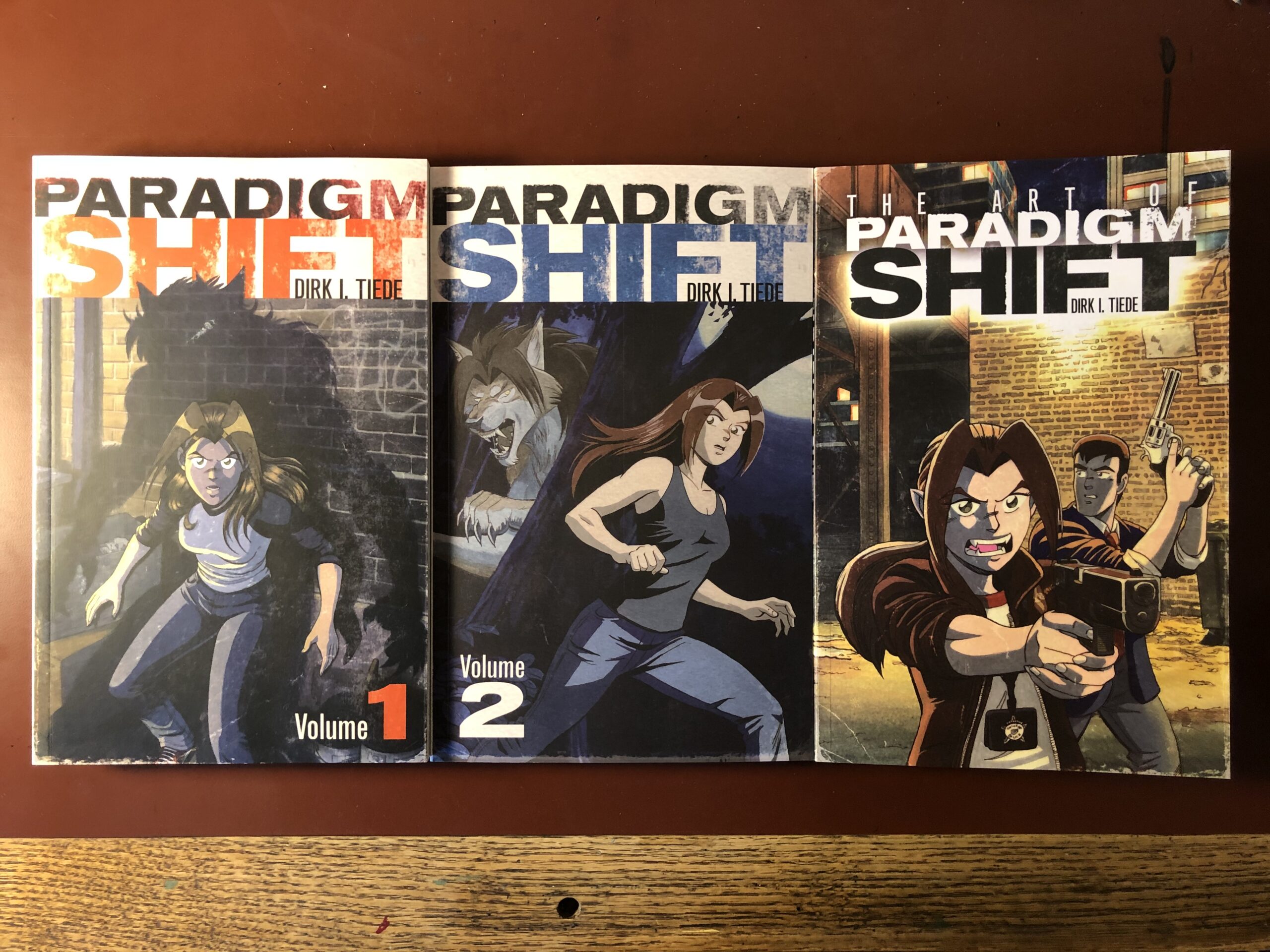 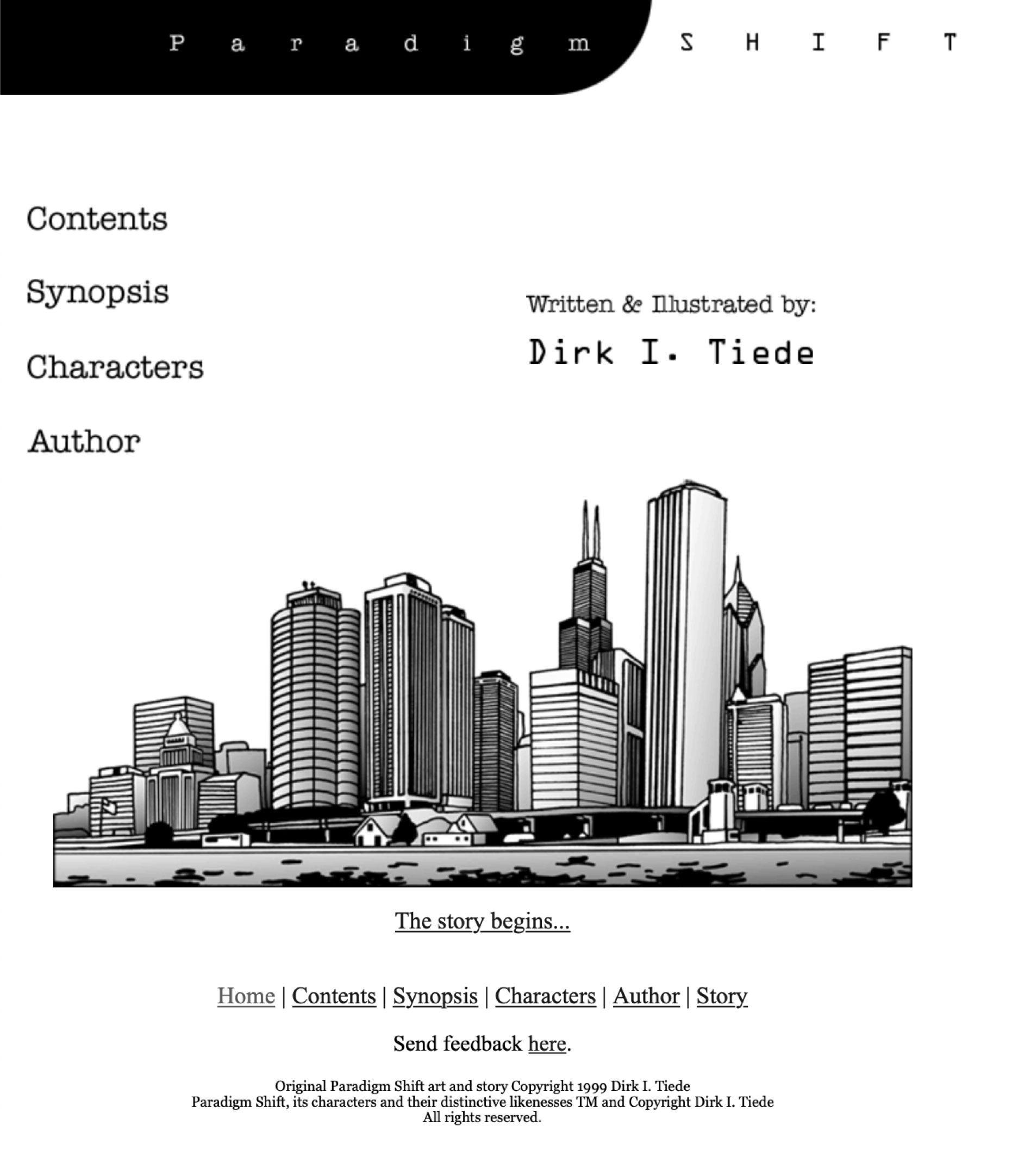 Dirk I. Tiede was born in California, grew up in the Midwest, and cut his teeth as a graphic artist in Chicago. He holds a BFA in commercial art from Millikin University, and has been drawing comics for as long as he can remember.

Paradigm Shift is his labor of love, his magnum opus. Inspired by a love of the city Chicago after moving there in 1997 and an obsession with  classic manga such as AKIRA and Ghost in the Shell in the nineties,  Dirk began writing and drawing Paradigm Shift in late 1998. He went on to become a founding contributor to premium comics portal ModernTales.com. His artwork has been showcased in the books Toon Art: The Graphic Art of Digital Cartooning and Webcomics, appeared the documentary Adventures In Digital Comics, and was featured in Season 3 of NBC’s Heroes.

Dirk works as a professional artist, illustrator, and teacher in the Boston area.

See more of his work at www.dirktiede.com. 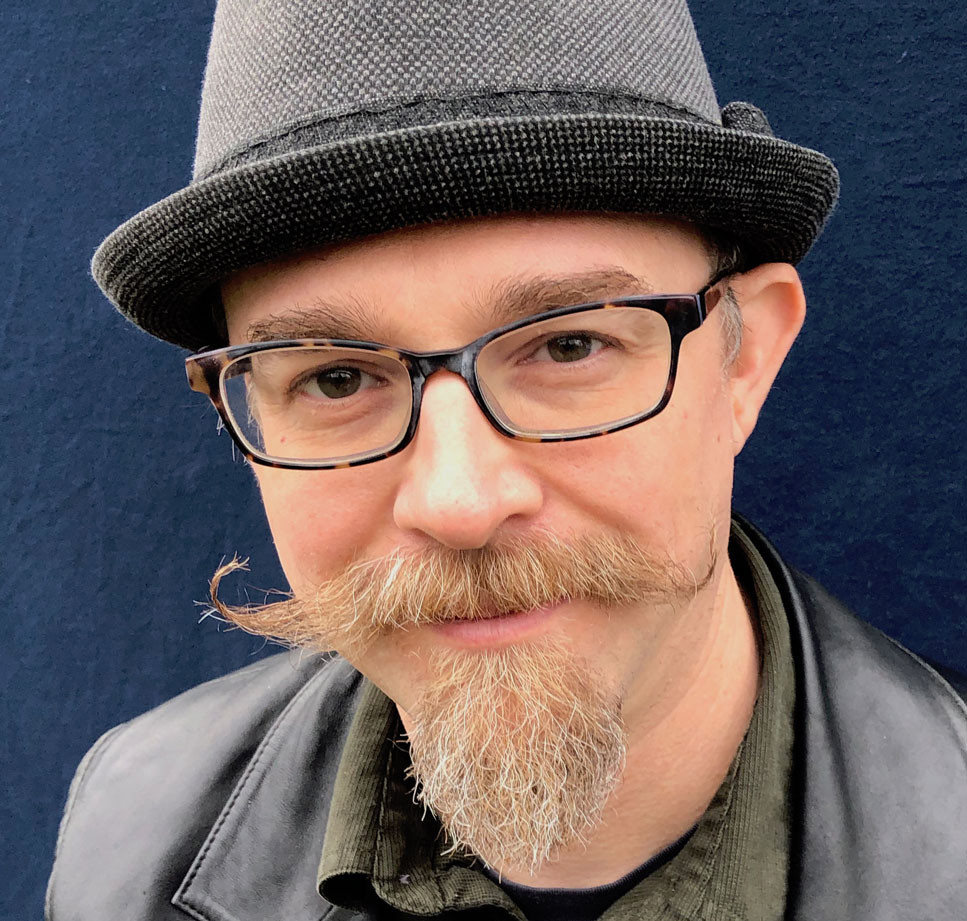